With all of the technology that is is available today the tools and equipment that are used for fishing have changed dramatically. Fishing is now becoming a form of a technology where some of the equipment can actually be used to target where the fish actually are. Going bac 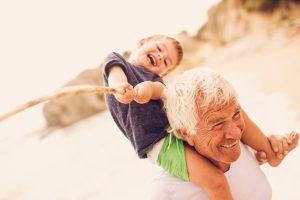 k in time looking at the simplicity that fishing tools were comprised of yet provided great success creates quite a contrast.

Historically all one needed to fish was something that could be used as a pole which could even be comprised of a stiff branch from a tree. Attached to this would be some form of line to which a simple fishing hook would be attached. It could be even more primitive than that and be comprised of nothing more than a straight pole to which a spearhead was added. Then a skilled fishermen would wait patiently watching clear waters for the fish to come by so they could be speared.

As time evolved fishing reels became a part of the tackle that was to be used which presented less of a challenge for having to land the catch of the day.